We have the best MQL4/MQL5 programming and EX4 decompiler experts that will help decompile, improve and build your EA and Indicator.

Based out of Minnesota, we know what works and what doesn’t when it comes to forex Expert Advisor and Indicator development.

In fact, Our professionals can suggest and implement ideas that will efficiently transform the performance of your robots.

The projects we’ve worked on are being used to manage more than $350M trading funds across the forex and crypto markets. dotPeek is a free-of-charge standalone tool based on ReSharper‘s bundled decompiler. It can reliably decompile any .NET assembly into equivalent C# or IL code.

This tutorial is for educational purposes only!

Video above explains how to install x32dbg & the scyllahide plugin

This is part of how we want to give back to the forex community.

This method supports all builds 900+

In order to reach your target, you need to accomplish the following points:

3 – Find the breakpoint of OnInit() or Start() method

You will be using the x32dbg debugger to attach MT4 which already contain the ex4 that you need to crack.

This is the x32dbg debugger, you will use this debugger to attach the MT4 process, and to search for the name of the ex4 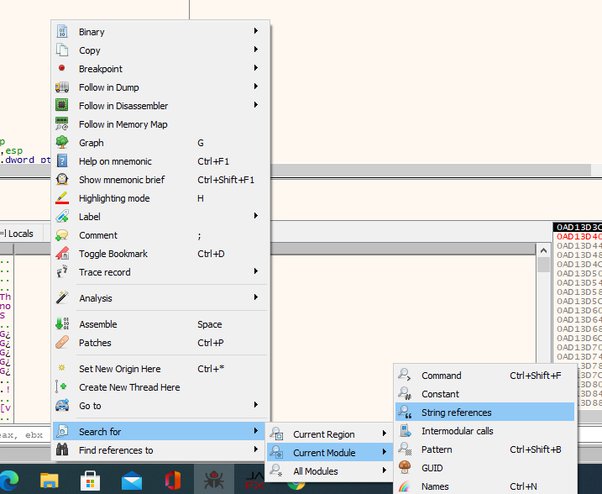 By that way, you get the location of the indicator in the memory

Now you need to search for ExpertRemove(). This function is used in jumping loop used by Metaquotes to restrict access to the content of the file. So you should bypass this function. 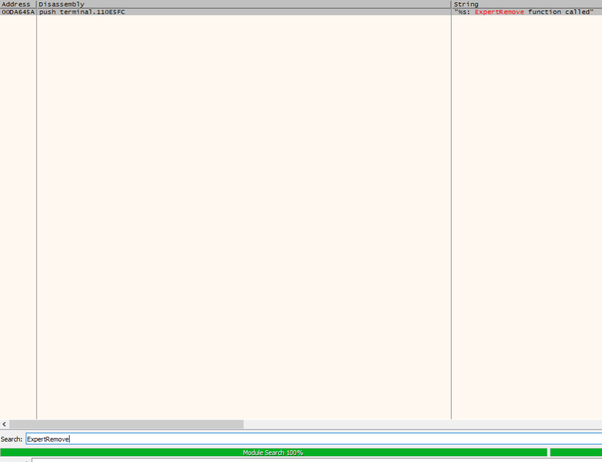 Now you should arrive at the decompiling point

Hire a forex programmer, mql4 programmer or mql5 programmer with forexdll to help turn your idea into reality.

We can help you to build forex DLL files to help protect your EAs, we can also help in data recovery of the DLL files.

Do you need to modify some codes on the file you bought? or the developer no longer provide support, we are here to help.

We have professional in house traders that can help you pass and manage your prop firm account. Visit our sister company at Forex Prop Capital to get started

We can decompile latest build EX4 to MQ4 as well as MQL4 to MQL5. Use the 24/7 available live chat below to get started, our average response time is 5 minutes.

We are masters when it comes to MT4 white label platform development. Get in touch with one of our online support to get started. Our average response time is 5 minutes

Most Popular
$50
Chat with us

Courts in the U.S. have always upheld the right of users to know exactly what code is being installed on their systems by programs they have legitimately obtained.

Legality of reverse engineering depends on the country and the purpose of decompiling. As a rough summary:

Decompiling in case of necessity to correct errors

The CJEU held that although Art. 4 of the Software Directive grants an exclusive right of reproduction to the creator of a computer program, Art. 5 of the same Directive stipulates that, in the absence of a provision in the license agreement, the licensee may perform acts necessary to use the computer program for its intended purpose, including correction of errors, without the consent of the copyright owner.

According to the CJEU, Art. 5 of the Software Directive should be interpreted as meaning that the legitimate purchaser of a program is entitled to decompile that program in order to correct errors affecting its operation and that Art. 6 of the Software Directive should not be understood as a being limited to interoperability purposes and therefore does not prevent such decompiling for bug fixes. The CJEU stated that “while Article 6 of [the Software Directive] concerns the acts necessary to ensure the interoperability of programs created independently, Article 5 (1) thereof seeks to allow the legitimate purchaser of a program to use it in a manner consistent with its intended purpose. These two provisions therefore have different purposes”.

Application of the Conditions of Art. 6 Software Directive

On the other hand, the CJEU considered that the correction of errors may be subject to specific contractual provisions. In this regard, the CJEU had the following observations:

From the CJEU judgment we learn that, in the absence of any contractual provisions, the licensee is permitted to decompile the licensed software insofar it is necessary for the licensee to be able to use the program for its intended purpose, including the correction of errors. The decompiling should however be limited to the purpose of correction of the errors and cannot be used otherwise.

Even though parties are prohibited from contractually excluding any possibility of making a correction of the errors, parties should consider addressing the conditions of the legitimate user’s decompiling activities in the license agreement, to avoid possible disputes.

How Can I Trust You?

You can’t not at this point, trust is earned not demanded, like the popular saying “first use then believe” If you give us the opportunity then we will make sure you will not regret.

How Are You Different From Others?

We have a 45 days 100% money back guarantee https://forexdll.com/refund

Our customer support and team of developers will always stand by you through thick and thin to assist you whenever you need to fix or modify your codes. You can be at rest because you can chat with someone online whenever you want to, we are 1 click away and will always respond to you within 5 minutes.

WHAT OUR CUSTOMERS ARE SAYING

We have all the solutions you will need for a successful trading career and we are a one stop shop for all your forex auto trading and ex4 to mq4 decompiler service needs. You can easily hire a forex programmer, mql4 programmer or mql5 programmer with forexdll. We decompile your ex4 files into mq4 in five spheres – unlocking, repairing, converting, correcting and compiling.

Trading contains substantial risk and is not for every investor. An investor could potentially lose all or more than the initial investment. Risk capital is money that can be lost without jeopardizing ones financial security or lifestyle. Only risk capital should be used for trading and only those with sufficient risk capital should consider trading. Past performance is not necessarily indicative of future results.

Hypothetical or Simulated performance results have certain limitations, unlike an actual performance record, simulated results do not represent actual trading. Also, since the trades have not been executed, the results may have under-or-over compensated for the impact, if any, of certain market factors, such as lack of liquidity. Simulated trading programs in general are also subject to the fact that they are designed with the benefit of hindsight. No representation is being made that any account will or is likely to achieve profit or losses similar to those shown.

Please note, that testimonials appearing on this website may not be representative of other clients or customers and is not a guarantee of future performance or success.

Forexdll is not liable for any risk that you face using a ready-made software from the Forexdll marketplace. Please, use the software on your own responsibility. These products are for educational purposes only!